Muhammad received his U.S. citizenship in February and is proud to vote for Jack Walsh, State Legislature, District 30, Position 2, in his very first election!
Deliver your vote to your local Ballot Drop Box on election day! 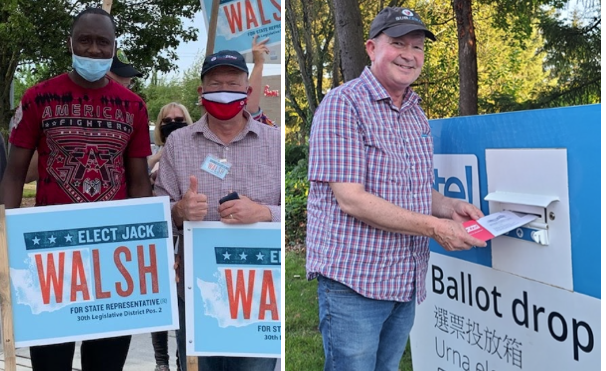 Debbie supports longtime neighbor Jack Walsh because he will “focus on the things that really count” and “take our values that we have in our community to Olympia and help improve our state”
Ron asks you to fully support and vote for Jack Walsh, a man of accountability, honesty and years of service.
Helen is voting for Jack Walsh for State Legislature because he is “very dependable, a great leader, honest and forthright”
Michelle encourages you to vote for Jack Walsh because of his commitment to education, affordable housing, mental health, help for the homeless, fiscal responsibility, compassion and personal understanding of the Covid-19 lockdown impact on small businesses, “great heart” and “great ice cream”!
Dala most values Jack’s integrity and his views on how to reform taxes and help the homeless!
Carmen supports Jack Walsh for State Legislature because he brings 35 years experience as a resident of our district and fiscal responsibility as a small business owner.
Camile declares it’s time to vote for veteran servant leader Jack Walsh because “he really cares about our community”!
Ann hopes you vote for her friend Jack Walsh for State Legislature!
David says “You got to vote for Jack” a “wonderful person”, “father” and “businessman” who “knows how to work hard… he is responsible, smart, experienced… he can bring some sanity to Olympia… he is a good man… he will bring great change… we deserve better, we need to pick someone who is better” and that person is Jack Walsh for State Legislature!

Gordon Bock – “I have known Jack for many years. Jack has always been level-minded and easy to communicate with, caring for his family and community with a similar level of devotion. In a time when politics is becoming increasingly divided, we need more people like Jack in government who exhibit a growth mindset, listening to all sides to find solutions to solve problems for the greater good. I endorse Jack Walsh to represent this district in the House of Representatives.”

David Knechtel – “I have known Jack and his family for probably 20 years.  His kids grew up with my kids and hung out together. We attended church together as families.  Jack is sincere and reliable.  I know he would do his best to make the right decisions.”

Kitty Rich – ”Jack will represent us well as he truly cares about our district and its constituents, Jack is not your typical politician if you want good leadership – Vote for Jack!”

Kristy Scott – “My name is Kristy Scott, I have known Jack Walsh for 20 years. Jack is a kind, considerate, and proactive individual who will always put people before politics.”

Laurie Sherwin – “Jack Walsh, is the leader this community needs right now. We need someone that represents the people, and not someone that is manipulated by government agendas. He is easy to talk to, and listens with genuine concern. He will be tough and fight for our families to live in a safe & healthy environment. He has proven his leadership ability with the successful defeat of Proposition 1 -allowing Pot Shops, in Federal Way (November 2019). Against all odds, he stayed cool and level-headed, never giving up & never backing down to the opposition. We need that kind of a leader now! Vote for Jack!”

Adam Wilhoite – “On the books, I’m no longer a Washington Resident. But it is my home, and I hope to come back when college is done for us. My vote for this November won’t go for Washington State. But I’d like to share this with my friends who will be voting. Jack Walsh was a mentor and a teacher for me as I was stepping into a leadership role. He has a strong sense of character, integrity and great love of God, Jesus Christ, and all people. And his family members that I know have the same characteristics. If there is anyone I could pick to represent me as an American, my ideals, values it would be Jack. Reach out and ask questions and I think you’ll find he has what Washington needs.” 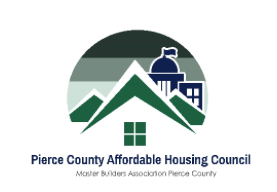 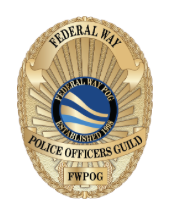 Mainstream Republicans of Washington
Grateful for the Mainstream Republicans of Washington endorsement, Jack supports their commitment to including all voices. An “inclusive view… where both conservative and centrist[s]… have a place… [and] are given a voice on the issues affecting the state, from jobs and fiscal responsibility to public education and social moderation.”

Grateful for the Washington Food Industry Association (WFIA) endorsement!
“In making this endorsement, we considered your background, experience and your response to tough public policy questions affecting our industry. You have shown concern for, and support of, the independent, privately held grocery industry and convenience store industry, the local owners and their employees. Growing locally owned businesses is the backbone to Washington State’s economy and we look forward to working with you on the important issues facing our state and members.”